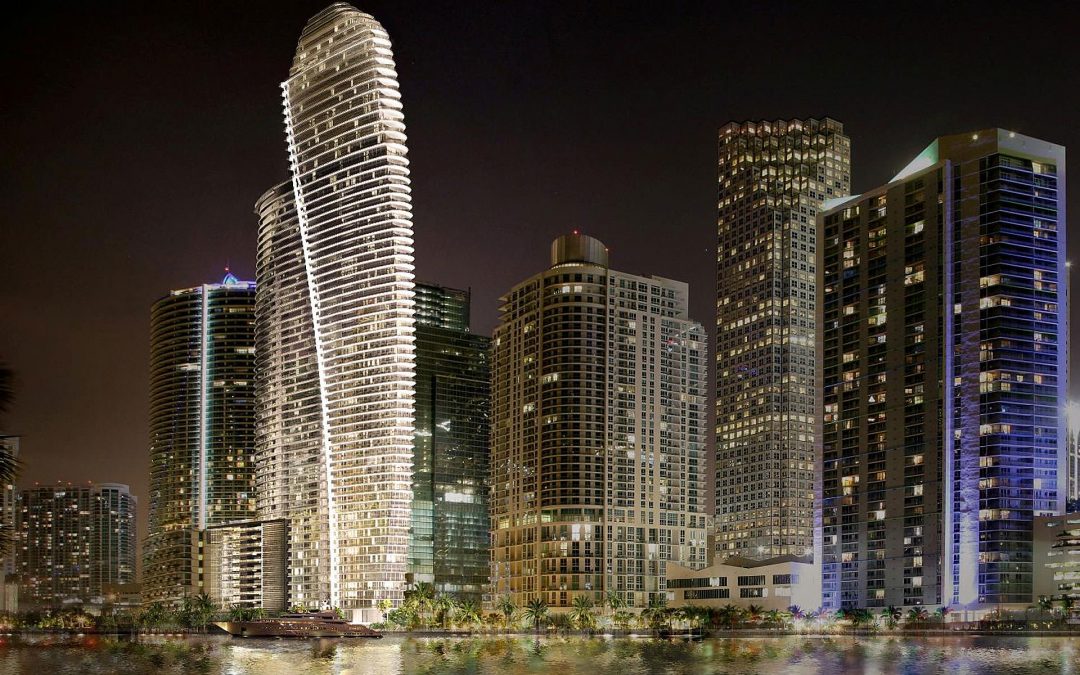 Aston Martin Residences will soon be ready to begin its 66-story vertical climb with the assistance of two ultra-tall tower cranes.

According to the developer, the process of installing the cranes is now underway with concrete poured at the bases. In about 15 days when the bases are dry and solid, the cranes will be installed.

FAA data shows that the cranes are approved to rise 889 feet and 851 feet.

The Aston Martin tower itself is on track to become the second tallest tower in Miami when complete. It is approved to be built at 816 feet above ground, with only Brickell’s Panorama Tower taller.

Aston Martin Residences will include 391 residences, with prices ranging from $750,000 to upwards of $50 million. In December, the developer said that over 40% of units were sold.

Source:  The Next Miami