CNBC: Miami One Of Best Cities In Nation For Amazon HQ2 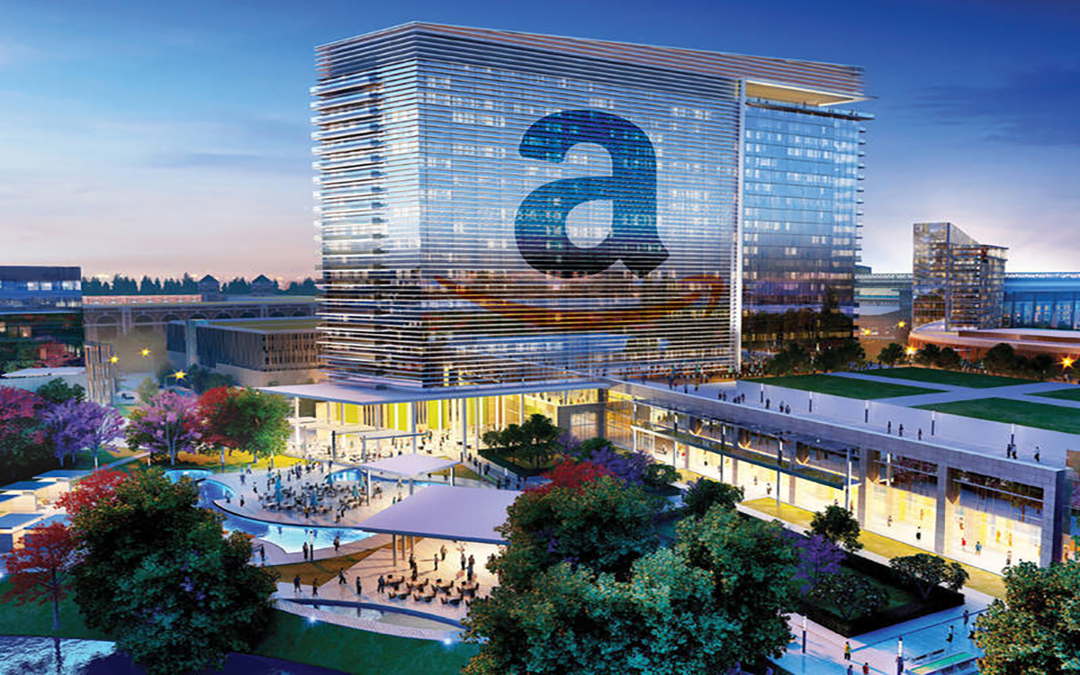 CNBC has ranked every one of the 20 remaining finalists for Amazon’s HQ2, and Miami is near the top of the list.

The network gave Miami a B+ rating. The breakdown includes an A+ for talent, B+ for location, B+ for stability, and C+ for talent.

The ranking is ahead of New York, Chicago, Los Angeles and Washington D.C. Only Austin and Dallas were ranked higher by the network.

Mayor Carlos Gimenez was interviewed, and he reiterated that he thinks Miami has a very good chance. The reasons he cited:

A decision is expected before the end of the year 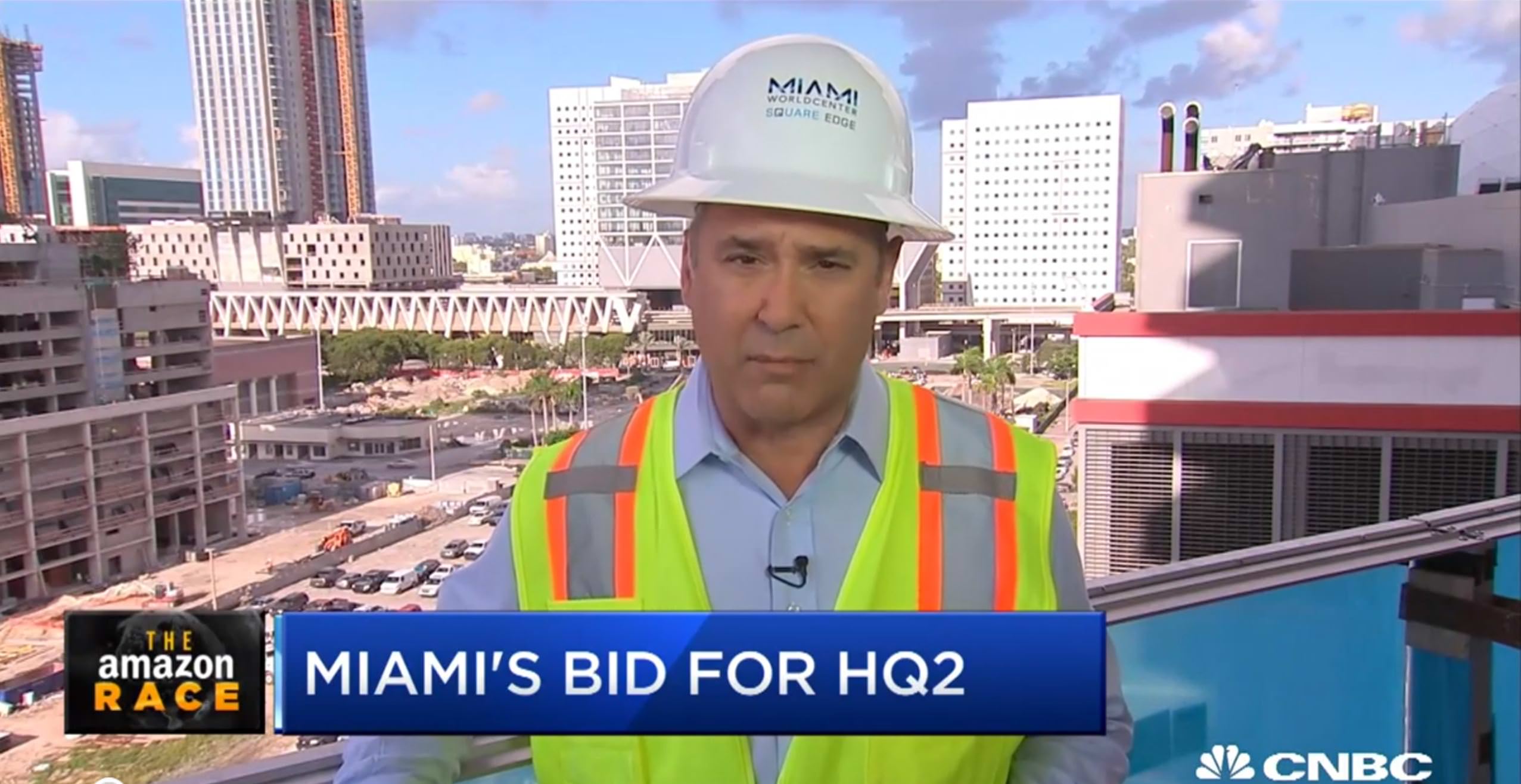 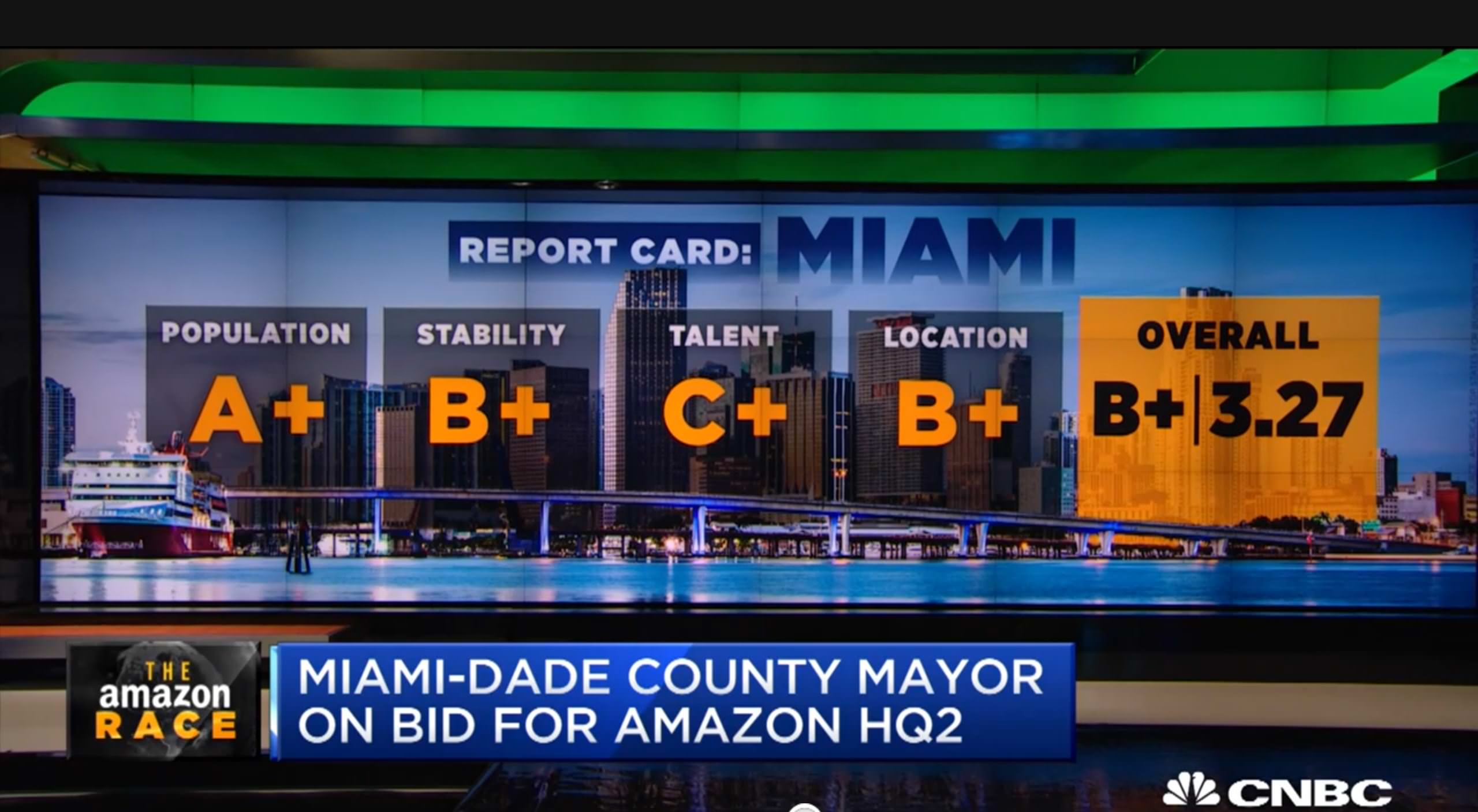