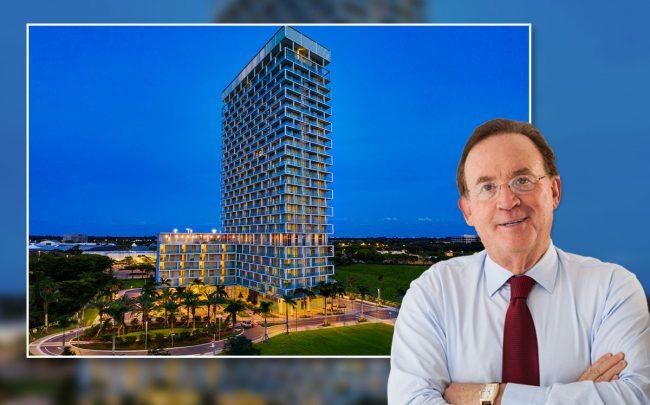 The first condo tower at the sprawling 65-acre, $1.5 billion master-planned Metropica development was completed after delays, with closings set to begin soon.

Metropica Development LLC, led by CEO Joseph Kavana, received a temporary certificate of occupancy for One Metropica Residences, a 28-story, 263-unit building, which is just west of Sawgrass Mills in Sunrise.

Kavana launched sales of the condo tower more than five years ago and brought sales in-house at the end of last year. (One Sotheby’s International Realty and On Collaborative previously handled sales.)

After reopening the sales gallery a couple of weeks ago, post-lockdown, Kavana said buyers are beginning to trickle back in. The building is about 75 percent sold, he said. Buyers will be able to close on their units virtually or in person.

Earlier this year, a couple sued the development group over delays in the building’s completion. The buyers who filed suit, Alvaro Juan Llosa and Olga Llosa, allege the unit was supposed to be completed by November 2019 under the terms of their contract. They are seeking a refund of their $151,250 deposit for a $605,000 unit. Kavana acknowledged delays, but said the suit “has no merit” and that “we are trying to resolve it.”

One Metropica Residences, designed by architect Chad Oppenheim and London-based interior designer YOO Design Group, is the first building in what is expected to be a 4-million-square-foot development with more than 2,250 residential units, 650,000 square feet of Class A office space, and a retail component. The developer says it is one of the largest developments underway in the U.S.

Metropica will have less retail space than originally planned, due to the pandemic, and more green space, Kavana said. Metropica was previously planning to have 485,000 square feet of retail space.

Next, the development group will launch sales of the second tower and build the 4-acre park “when we know there is some sense of normality again, when people can travel,” Kavana said. But, “we don’t think right now is the right time to do it.”