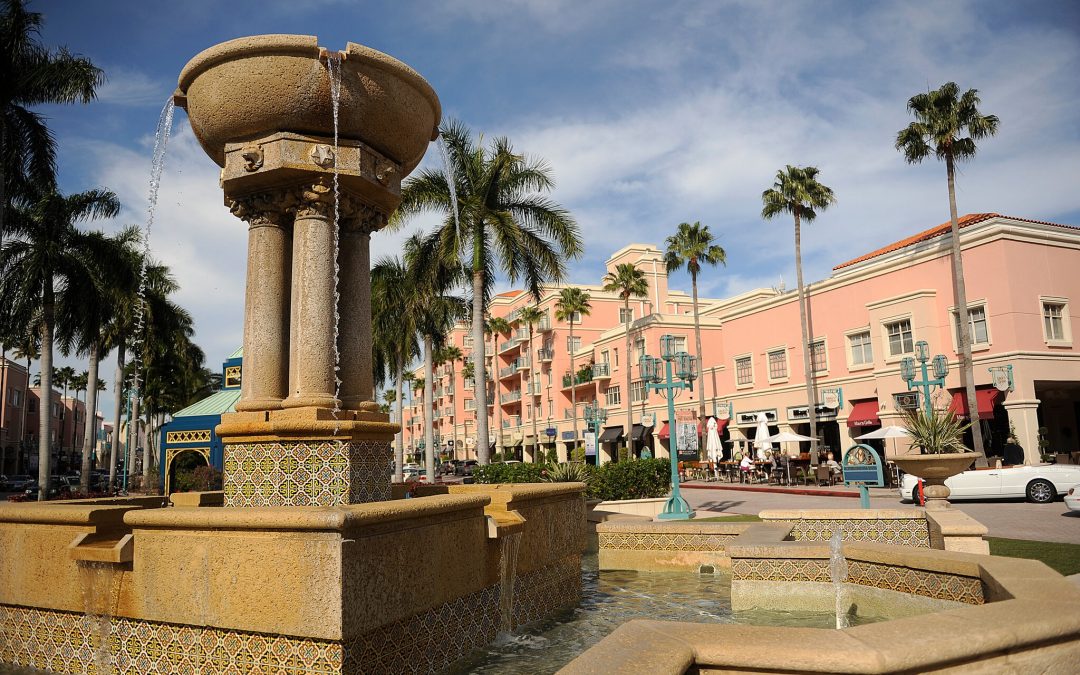 When the coronavirus shutdown began in March, Vanessa Antonelli and Jordan Epstein of Manalapan, N. J., rented a house in Orlando for a 10-day break with their 5-year-old daughter and 9-year-old son.

“We quarantined and ended up staying three months,” said Ms. Antonelli, 38, an interior designer. “The pandemic made us re-evaluate the way we were living. It gave us the time to reflect.”

In June, despite being reluctant to move away from their close-knit New Jersey family, they bought a home in Boca Raton, in a new development that is planned like a country club without the golf.

And they are not alone.

According to a Douglas Elliman August report, new contracts for single-family homes and condominiums continued to rise in five south and central west coast Florida counties — after having doubled in July. In Palm Beach County, new single-family and condo contracts remained significantly above levels from a year ago, with a 268 percent increase in single-family contracts over $1 million. In Miami-Dade, Pinellas, and Hillsborough counties, much of the annual gain was at higher price points. Brokers say that many of those moving to Florida are coming from northern cities.

For those on the fence, “the pandemic forced the issue, the recognition of advantages that weren’t fully appreciated before,” accelerating migration from high-taxed areas like New York, Chicago, Boston and California to the Sunshine State, said Jonathan Miller, president of Miller Samuel, the real estate appraisal and accounting firm that prepared the report.

Sales at Boca Bridges, the development where Ms. Antonelli and Mr. Epstein bought a home, have been brisk. Since May 1, usually the off-season for Florida real estate, 102 houses there have sold for an average $1.7 million, said Jill DiDonna, senior vice president of sales and marketing at GL homes, the developer. When the community is completed, it will have 504 homes.

“We have seen unprecedented demand from all over the country, but certainly New York, New Jersey and Connecticut,” Ms. DiDonna said, with buyers seeking home offices, larger kitchens for increased in-home dining, home gyms and private pools. “The shifting product needs of the customer, along with the desire to escape urban areas, combined with the tax advantages, created the perfect storm.”

Florida residents pay no state income or estate tax, and receive a homestead exemption of up to $50,000 on a primary residence and a 3 percent annual cap on home assessments, Ms. DiDonna said. The state’s population has grown by about 343,000 in the last year, to about 22 million residents, according to worldpopulationreview.com.

Ms. Antonelli said she considered the lack of state income taxes in Florida “a free gift with purchase.” Even with an $800 homeowner’s association fee to cover lawn and sprinkler service and the clubhouse, “life wasn’t going to be any more expensive for us in Florida,” she said. She and her husband bought a five-bedroom, 5,900-square-foot “Veneto” model on a “dream lot” with a lake view for $1.4 million, adding 20 percent for a pool and other upgrades.

Ms. Antonelli and her family have temporarily moved back to New Jersey, but plan to move to Florida next June when school lets out, and will rent a home there until their new house is ready in the spring of 2022. “A lot of our final decisions will depend on how everything goes with this school year and Covid in New Jersey,” Ms. Antonelli said.

Long a destination of choice for northerners weary of taxes and cold weather, Florida’s appeal rose when the Tax Cuts and Jobs Act of 2017 limited to $10,000 the amount of total state and local taxes that can be deducted on a federal income tax return.

Despite a spike in coronavirus cases in Florida earlier this summer, the pandemic has increased the state’s allure. Demand at the wealthier end of the market has swelled “across the major markets of South Florida — Tampa and St. Pete are seeing the same amount of activity,” said Jay Phillip Parker, chief executive of Douglas Elliman’s Florida brokerage, with multimillion dollar sales snowballing in Palm Beach and Miami.

Beyond Zoom calls and virtual tours, buyers fleeing urban centers have driven south or even chartered planes to view properties. Some who were wintering in Florida when the pandemic struck stayed. Many rented units “were sold to the tenants,” Mr. Parker said, noting that some statistics may be skewed because the activity was at a normally quiet time.

“The pandemic is one of the many elements that have contributed toward what we have always known to be a natural migration,” Mr. Parker added. “We’ve been referred to as the ‘sixth borough’.”

In Boca Raton, about 50 miles north of Miami, inventory is low and “demand is outrageous,” said Jared Ringel, an agent at Compass Florida. “There are multiple bids on houses now.” Neighboring Delray Beach, along with Parkland and Coral Springs, where homes in gated communities sell for $600,000 to $700,000, are also popular among out-of-state buyers seeking good schools and restaurants, said Chris Franciosa, another Compass agent.

Among the roughly 950 people moving to Florida every day, 45 percent head to South Florida, said Craig Studnicky, chief executive of ISG World, publisher of the 2020 Miami Report. During the pandemic, buyers are “moving much more toward permanent living” than to vacation homes. Many buyers from the Northeast were looking in August because they were concerned about whether “Covid could come back during flu season. If they are going to quarantine, they want to be in nice weather.”

Single-family homes are “the soup du jour,” Mr. Studnicky said, accounting for 80 percent of residential transactions during the first six months of 2020. “It is easier to social distance in a house.” But interest in condos, currently a buyer’s market, is inching up with the population swell, with one in three sales occurring near the coast between Coconut Grove and Fort Lauderdale.

Deena and Andrew Cromer moved to south Miami about a year ago. Though they loved living on the Upper West Side of Manhattan, their 850-square-foot, one bedroom co-op was cramped.

“Our apartment felt like it was shrinking,” said Ms. Cromer, 34, with their daughter’s crib in a bedroom alcove and a son on the way. “Having a two-bedroom wasn’t going to solve our problem,” she said. “The taxes were eating up our paychecks.”

Last August, the Cromers sold their co-op for $900,000 and headed south. In December, for $1.1 million, they bought a five-bedroom, four-bath Mediterranean on a quarter-acre lot near Coral Gables. Mr. Cromer, a lawyer who grew up nearby, got a job at a local firm. Ms. Cromer switched gears from fashion to real estate.

“You get a lot more for your money here,” Ms. Cromer said, including enough space for New York family to visit. “I was very happy to be here in the warm weather during Covid. We are outside all the time.”

As for Mr. Epstein and Ms. Antonelli, it turns out they didn’t have to worry about leaving their New Jersey relatives after all. In July, Sue and Nick Antonelli, Ms. Antonelli’s parents, paid $1.36 million to build a single-story contemporary next door at Boca Bridges. Alexis and Wes Hanas, Ms. Antonelli’s sister and brother-in-law, picked a $1,115,900 five-bedroom house with a four-car garage at Lotus, a neighboring GL Homes development, where houses average $970,000.

The entire clan plans to relocate when their new homes are completed. “If the quarantine didn’t happen, we would not have done this,” Ms. Antonelli said.

The coronavirus also significantly changed the life plans of Tufan Uzan. In March, when a co-worker in Mr. Uzan’s software engineering group contracted Covid-19, Mr. Uzan, 35, began working remotely from his home in Medford, N.Y. After his pay was subsequently cut, he sold his three-bedroom house for $365,000.

In July, based on a FaceTime tour with a leasing agent, Mr. Uzan rented an 800-square-foot one-bedroom for $3,050 a month at Society Las Olas, a new high-rise with a huge amenity deck in Fort Lauderdale. This fall, he plans to look for a new job, and he also plans to buy a house in Boca Raton, Del Ray or Parkland by the time his 12-month lease expires.

“Everything is more attractive here,” Mr. Uzan said. “I was going to move here when I retired. Covid moved it up 20 years.”