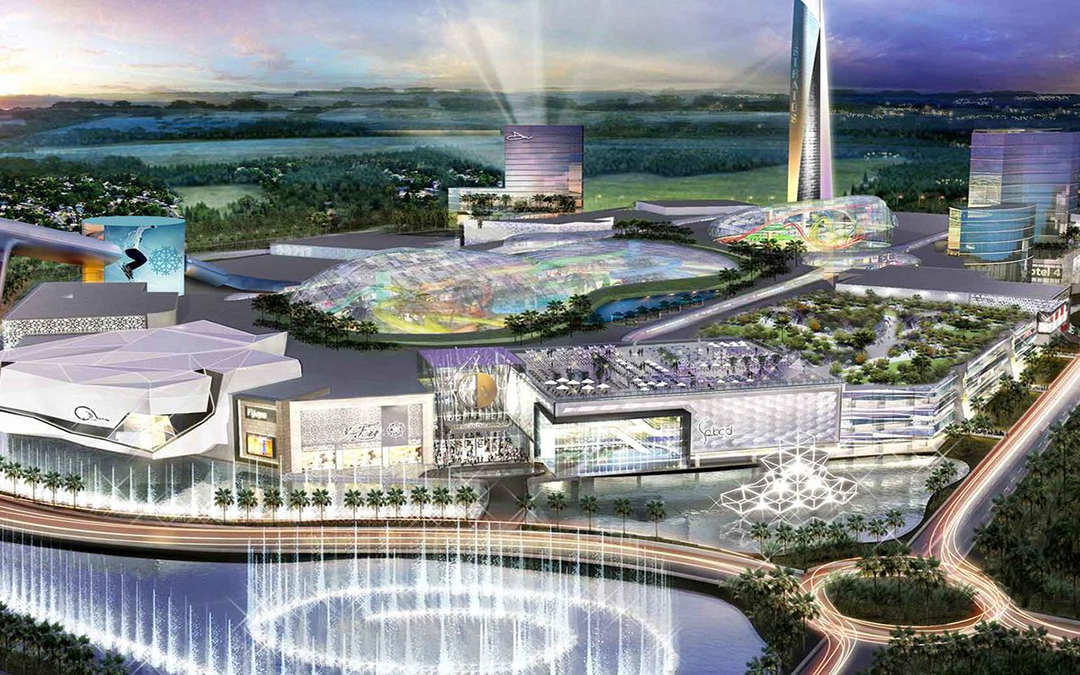 At a time when brick-and-mortar shopping centers across the country are struggling to stay afloat, the developers of American Dream Miami are moving forward with a plan to bring the nation’s largest and most expensive megamall to South Florida.

If American Dream Miami sounds more like Disney than Macy’s, it’s because that’s exactly the point. While earlier layouts had set aside roughly 3.5 million square feet for retail and 1.5 million square feet for entertainment, the Wall Street Journal reports that the latest plan inverts the ratio to put greater emphasis on experiential offerings over traditional for-sale commercial goods.

The project has its fair share of critics and doubters including Forbes’ contributor Warren Shoulberg as well as members of the public that aren’t entirely buying the promise that the American Dream won’t rely on any taxpayer money. If it succeeds, however, it could transform how future malls are built in the era of e-commerce.

Triple Five Group
The ambitious $4 billion plan comes from Triple Five Group who developed Minnesota’s Mall of America which held the title of the largest mall in the world when it opened 35 years ago. The Canadian-based firm acquired the land for American Dream in 2015 and was granted zoning approval by Miami-Dade county commissioners last month.

The group is also behind an upcoming New Jersey retail and entertainment complex called American Dream Meadowlands. Previously known as Xanadu, the controversial development has been in the works for a staggering 16 years. Triple Five Group took over the struggling development in 2013 and expects to open next spring. 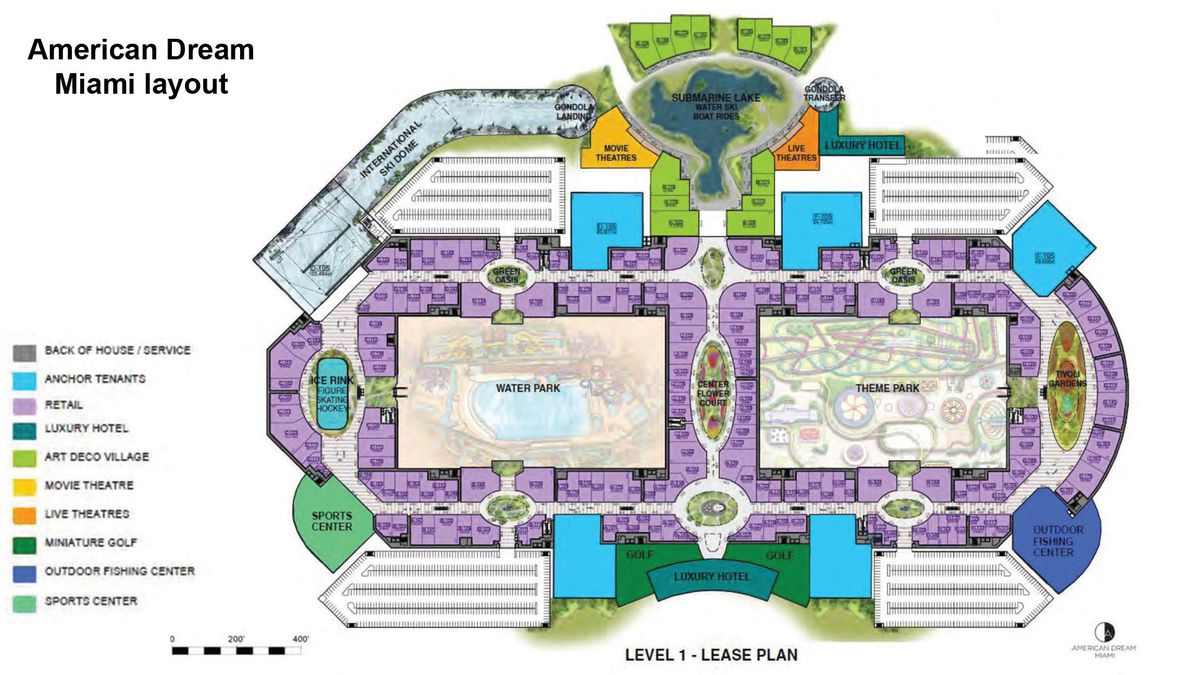 As for the South Florida megaproject, the development team still needs to complete environmental permitting before any kind of construction can begin. American Dream Miami hopes to attract 30 million visitors annually.