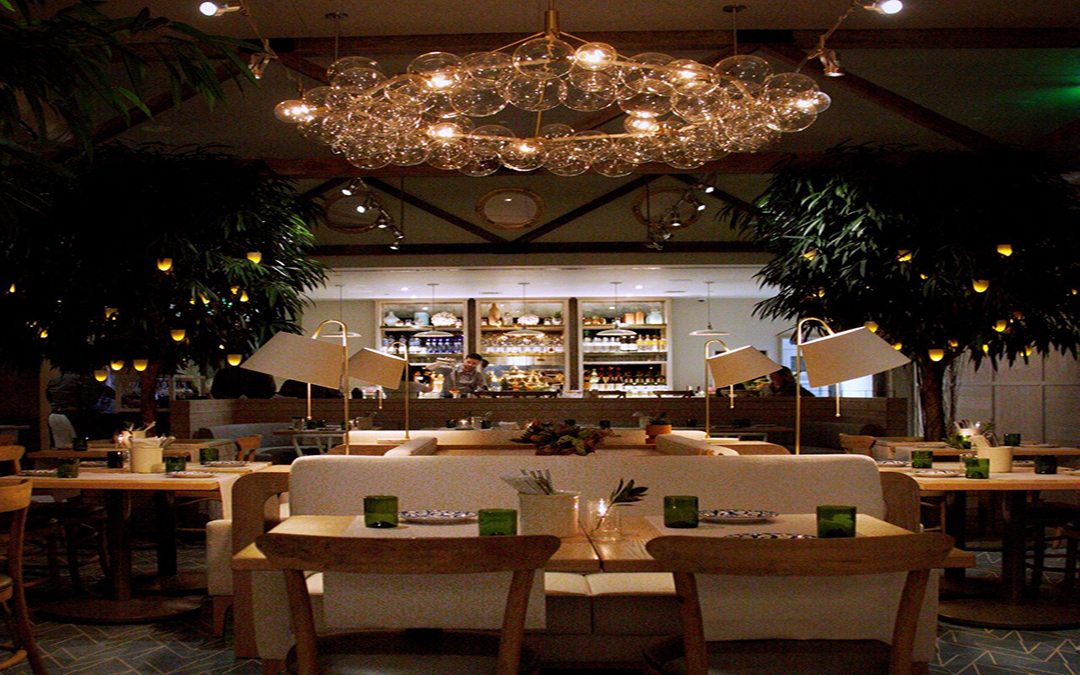 Michael Schwartz calls his latest restaurant, Amara at Paraiso, “a love letter to Miami.” Despite whatever misgivings a diner may have about gentrification, cultural appropriation, frustration in navigating a rat’s maze of streets under construction and exasperation in encountering a menu with yet another $100-plus steak ($110 actually, for a family style, 32-ounce, grass-fed rib-eye) it is almost impossible not to love Amara back.

The view is unbeatable. The Latin-inspired food is delectable. The vibe is hospitable. The kitchen is open, the dining room is light and airy, and the terrace overlooking Biscayne Bay is magnetic. Even in summer, patrons seem inextricably drawn to the outdoor tables. That water — it shimmers and beckons. Who cares if a few flies have to occasionally be shooed from plates? Pop a few of the addictive yuca cheese puffs ($8) and gnaw a few grilled lamb ribs ($21), rubbed with burnt chile and enlivened with lime, and relax. Overhead fans, a gentle breeze and a few T&T’s from the bar (a tequila and Campari cocktail that is hybrid margarita and Negroni) will keep moods ebullient.

It is hard to believe how Schwartz and this area of midtown Miami have grown in a little more than a decade. Schwartz in 2007 opened Michael’s Genuine Food & Drink, an upstart restaurant from a Philadelphia-born chef in a downtrodden neighborhood. He served crispy pig’s ears and fried hominy and showcased locally grown produce, and won a James Beard Award. High-end shops and construction cranes followed and have not let up.

Neither has Schwartz. His Genuine Hospitality Group recently surpassed 500 employees, with high-end restaurants in South Florida and the Bahamas, a catering firm, cruise-ship partnerships and a growing chain of pizzerias which recently opened an outpost in Atlanta. Schwartz, 54, is the reigning emperor of the Miami food scene, and with Amara he has fully embraced the city’s Latin, Hispanic and international jet-setting soul.

He admits he was reluctant to do so before now, but age and experience bring a certain who-cares-what-anyone-thinks freedom. When the Related Group offered Schwartz a prime spot in the middle of its massive, new Paraiso complex, he took the plunge and set about building the live-fire restaurant of his dreams.

“The setting is the star,” Schwartz says. 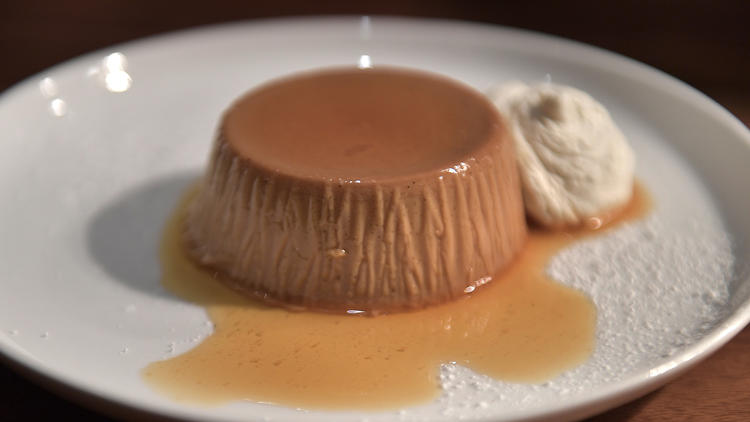 The food more than holds its own. Schwartz and executive chef Michael Paley, a New Jersey native who gained recognition at restaurants in Louisville and Austin, took a trip to Argentina and around South Florida to glean ideas and recipes. The kitchen features a grill fueled with Florida oak and a Josper oven with Argentinean coal that roars to 800 degrees. Instead of low and slow, Schwartz’s cooking philosophy here is hot to trot, with intense heat and singe marks that may give the appearance of overdone but actually comes out with deep flavor and perfect interior juiciness.

Schwartz and Paley are a couple of Northeastern Anglos in a city filled with Cubans, Central Americans and South Americans. Schwartz says he prepared for inevitable blowback from the cultural appropriation critics, those who take issue with whites cooking food that belongs to other heritages. But I say delicious food needs no apology. This kitchen crew (including a sous chef who has Argentinean roots) is getting almost everything right.

Grilled and roasted meats, seafood and vegetables are mostly excellent and side dishes shine, particularly braised red beans with meat and crunchy cassava ($8) and wood grilled calabaza with coconut pesto ($8). The flan ($12), rich with dulce de leche and creamy without being heavy, is the best I’ve tasted, the recipe coming from a Buenos Aires restaurant.

It is not every day that one sees grilled sweetbreads ($18, veal pancreas and thymus glands) on a menu, and they are challenging in a good way, sweet and chewy and a bit fibrous. The less adventurous will be happy with parrillada platters of meat or seafood ($99), a good way for groups to sample an array of items.

My group had the seafood platter. The banana leaf-wrapped cobia was a shade overdone, and the tail end of the grilled octopus was a bit too charred for my tablemates’ liking, but the citrus-tamarind scallops and giant prawns in shells were perfect.

A peach and cucumber salad ($12), with jalapeno, lime and Spanish Idiazabal cheese was a cool and light summer starter. I was less impressed with the tuna tiradito ($16). The fish was pristine but muted in basil oil and overwhelmed by distinctive (and good) pickled cherries that seemed mismatched with the dish.

The lone clunker of the night is already off the menu, a skirt steak ($30) that was ordinary. Schwartz had a similar impression of the dish, and last week replaced with it a better hanger steak, coated with chimichurri and served with fresno chili peppers and grilled escarole and a squeeze of lemon. I tried that during a photo shoot, and it popped.

Top Miami-Dade restaurants
These Miami-Dade County restaurants received 3.5- or 4-star reviews by SouthFlorida.com’s dining critics.
Service was friendly and mostly smooth, save for one little glitch. We ordered a roasted sweet potato as a side dish, but calabaza showed up instead. The squash was delicious, so nobody complained.

Amara sits on water’s edge, a two-story building surrounded by four gleaming condo towers. The restaurant opened in January. The upper floor houses a bar and club for condo residents. It is a bit jarring, driving past the dilapidated old apartments that (for now) still line the blocks near Biscayne Boulevard to this shiny oasis for the 1 percent.

Amara, however, is not snooty or stuffy. The restaurant will take part in this year’s Miami Spice promotion, offering $39 multicourse dinners for those who otherwise may not be able to afford it. I showed up for an unannounced review meal in sneakers and nobody said a word. (This was good, because Schwartz also favors T-shirts and designer sneakers, which he wore to a followup interview and photo shoot.)

The 150-seat dining room, designed by New York-based firm Meyer Davis, is modern and light, with floor-to-ceiling windows and floors of blue tile and white porcelain that resembles wood. The 70-seat terrace has a wooden overhang and automatic, rolldown plastic shutters to protect diners from rain.

“Everything revolves around the water,” Schwartz says.

When it comes to scenic dining in South Florida, Amara has vaulted to the top of the list.